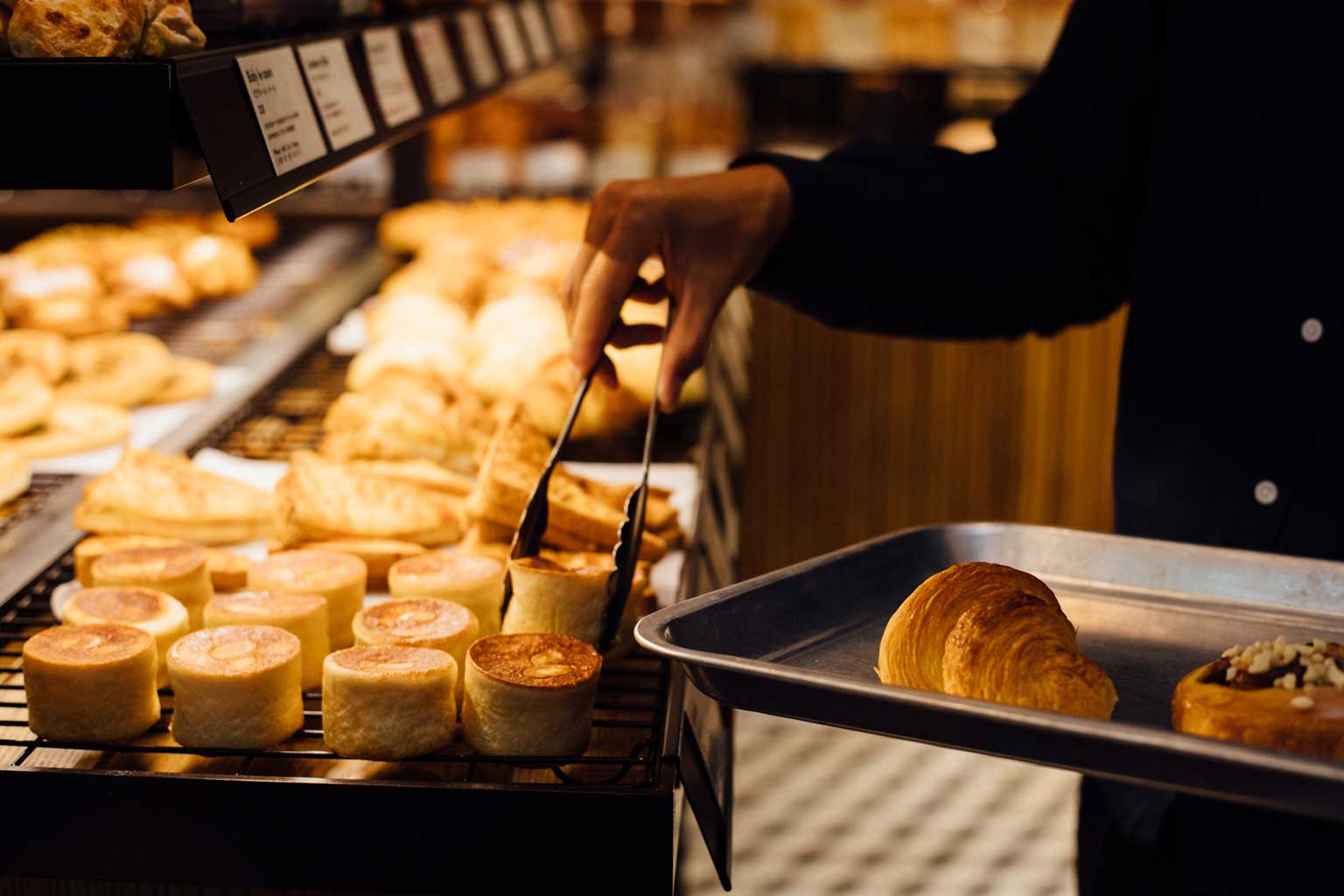 The location where breadworks is land where my grandfather established the Terada Warehouses, and the building itself was one of the warehouses built when the company was founded after the war. In 1997, one of those warehouses was renovated to be reborn as T.Y.HARBOR, but the warehouse that breadworks is currently in served a variety of different purposes over the years, to meet the different needs of the times: office space, a theatre, and then studio space. Even so, it couldn't really be said that the space was being effectively used, and since anyone could see that warehouse whenever they went to T.Y.HARBOR, I kept thinking that someday we should use it ourselves. So when I heard that it had finally opened up, I immediately put my hands on that location.

I then began to think with that large warehouse before me. It would be meaningless to add another restaurant in this area, but what could it be that people would come for that would be different than a restaurant, yet complementary to it. We already had a restaurant and a floating lounge that could be used for lunch, dinner and late night service, but what if there was a way to let people experience this wonderful waterside space in the morning, and then to offer an afternoon terrace space for those who couldn’t make it for lunch at the restaurants, yet could have tea here? That was when we realized that a café would be the ideal choice. 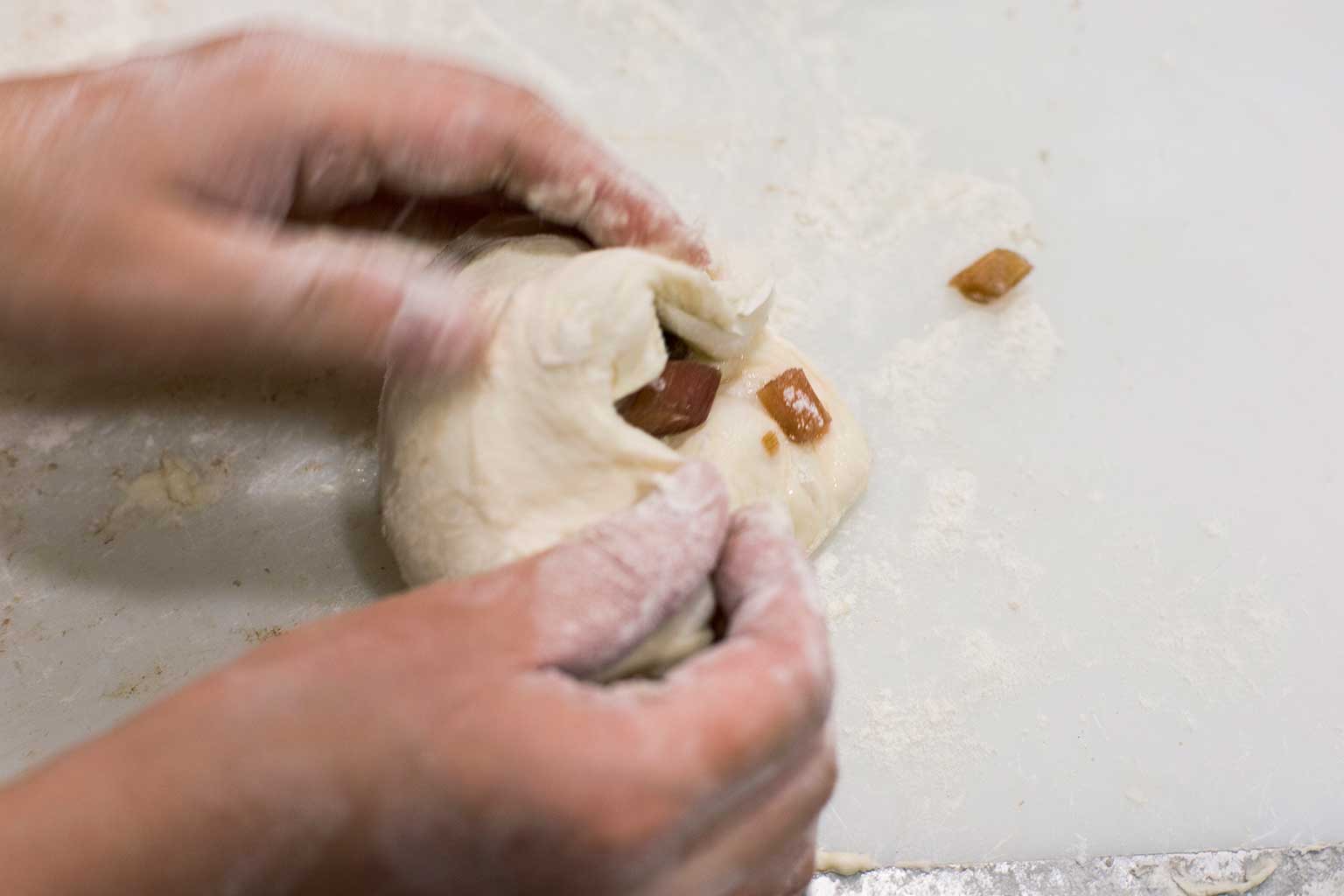 And if we added a bakery on to the café, then customers could come for different reasons than they would for a restaurant, or they could eat as if they were at a restaurant but then also be able to buy things. One problem was that I had absolutely no experience or knowledge of the bakery business, but the hurdle would be relatively lower for us since we had been making beer, which had some things in common with bread and was also known as ‘liquid bread’, so we thought we were moving in the right direction, and we also thought it important that, as a business, we would have a giant restaurant right next door. But what really sealed the decision for me was the fact that a bakery had long been a dream of mine, partly because I had grown up eating bread since I was a small child, and I had the strong sense that since there was no other bakery on Tennozu, that freshly-baked bread would be filling a key need here. And so, in 2010, breadworks was born.

As was the case with T.Y.HARBOR, there was a lot of hard work in renovating an old warehouse, but we went at it with Ken’ichi Nagasaki leading the way on interior design, who had done all our restaurants except CICADA, and Sayuri Kida, in her first job as a freelancer, working together with us on the difficult construction. We took advantage of the ceiling’s height, leaving it as is, to create a natural and gentle space. And since this would not be just a space to sell bread, but also one where you could comfortably eat bread and rolls, we wanted to be able to open the entrance and the windows on clear days to connect to the outside (as they do at grilled chicken shops), so the aroma of baked bread would waft into the alley beside T.Y.HARBOR to entice people. It’s not yet clear how effective that has been….

What has made me the most happy since opening breadworks is that, together with T.Y.HARBOR and WATERLINE, it has become possible to enjoy this wonderful space along the water’s edge from 8 in the morning until late at night. On weekend mornings you see families eating breakfast, you see local people in from walking their dog having a coffee on the terrace, you see people spending a relaxing afternoon with their laptops…. Every time I see such a sight, I think to myself how glad I am that we opened breadworks. Now, in a place where there was once only warehouses and fishing huts on Tennozu, we have a rich waterside lifestyle that I don’t think my grandfather could have even imagined.