Traditional ingredients, traditional flavor
That is the goal we aim for

Love for Tokyo, value for tradition

We pride ourselves on making Tokyo beer in Tennoz for years. This is something many companies have lost in exchange for mass production and expansion of distribution. To maintain our quality we have continued to use traditional methods at the hands of skilled craftsmen, using only natural ingredients. We have refrained from expanding our bottle distribution, keeping close tabs on our production volume, creating craft beer that we can truly call MADE IN TOKYO.

The yeast that provides the flavor are killed by pasteurization or filteres out of mass-produced beer to achieve longer shelf life. Our beers are entirely unfiltered and unpasteurized for maximum flavor, always. In order to maintain this quality, fresh beer is drawn from the tanks into kegs as needed to ensure optimum freshness and hand-delivered to each restaurant by the brewery team who also pride themselves on quality management.

Our classic year round beers are made with a focus on its drinkability, in an effort to introduce craft beer to as many people as possible. Each member of the brewery team are constantly coming up with new ideas to create unique beers as well. Our many restaurants all have different concepts in which we will suggest different ways to enjoy our craft beer, food and service. 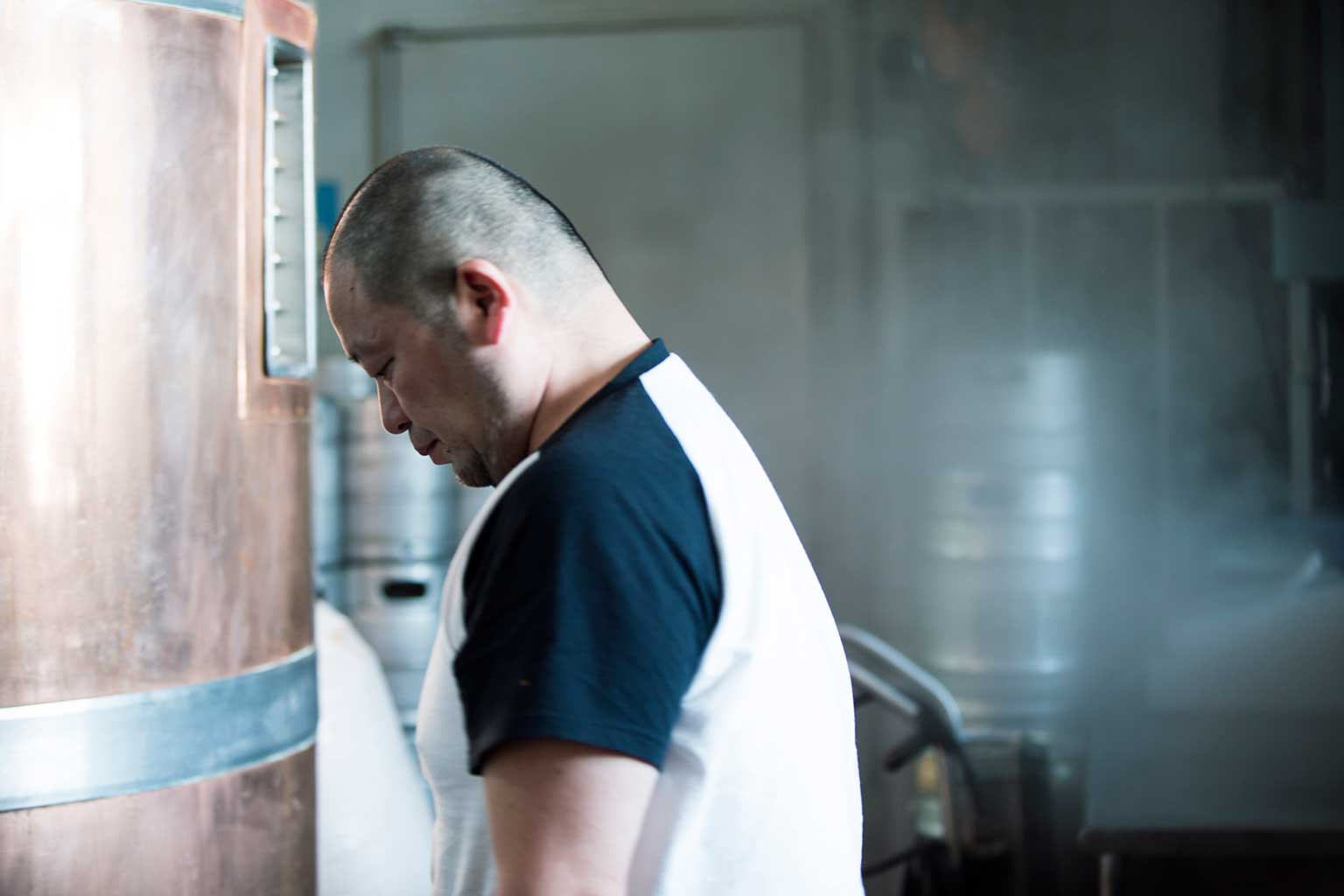 WHAT IS CRAFT BEER

Beer has been made for thousands of years, since the times of the early civilizations in Egypt and Mesopo-tamia. It was the first processed grain product, and the first alcoholic beverage. Brewing beer was found to be the best way to make the vitamins and other nutrients of grain more easily assimilated by the human body. Many believe that it was beer that gave people a reason to settle down and become farmers. As the industrial revolution came into full swing in the 19th century, mechanization and refrigeration made it possible to produce beer in mass quantities and ship it far and wide. Beer made and sold this way was far cheaper, and large brewing industries began to emerge. Naturally, this led to the demise of beer as a high quality local product, much like good bread.

After over a century of traditional locally produced beer giving way to mass produced beer with less and less character, many people began to realize the loss of one of our oldest traditions: high quality fresh-brewed local beer. From the 1980s, very small breweries began to emerge again in Europe and North America, brewing traditional types of beer for people who cared about flavor. This“microbrew”revolution came to Japan in the mid-90s with a change in brewery license regulations. In 1997, T.Y.HARBOR Brewery became part of this revolution in beer flavor.

At one point there were over 300 breweries, but due to high prices and changes in quality, the boom died down decreasing this number to under 200. The breweries that have managed to stay alive continued to deliver the fascinating aspects of craft beer. At the same time, new brewers emerged, the understanding of high quality beer deepened, starting a new craft beer revolution in the 2000's. The stories of new brewers and their methods drew attention and the new style of enjoying craft beer is being etablished. Going back to natural and traditional methods and maintaining quality, craft beer is surely growing into a new culture where people can display their individuality and creativity.

Barley is soaked in water until it just sprouts, then dried, turning from greenish to golden. This releases natural enzymes necessary for proper brewing. The result of this process is called “malt.” Some are roasted to achieve varying degrees of color for use in specialty beers.

The barley malt is crushed, then steeped in hot water at a certain temperature to allow the enzymes to convert the starches to sugars. The result is a liquid called “wort” which is sweet to the taste.

The wort is boiled for extended amounts of time to further break down the sugars. Hops are added at various stages to create the bitterness and aroma profile.

At the end of the boiling process, the wort is quickly chilled to prevent oxygenation, and when it drops to around body temperature, the yeast is added and fermentation begins. The yeast eats the malt sugars, and turns them into alcohol and carbon dioxide gas.

After the main fermentation activity subsides, the young beer is then stored in sealed tanks for several weeks to allow particles to settle out and fermentation to continue. After a certain period of aging, which melds the flavors, the beer is ready to serve.

The beer is drawn from the tanks into kegs as needed to ensure optimum freshness. T.Y.HARBOR Beer is never filtered or pasteurized―your assurance of true beer flavor. 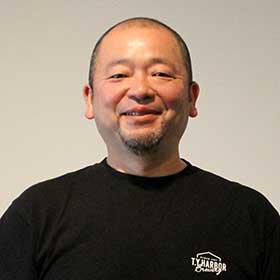 After T.Y.HARBOR BREWERY was first created in 1997, I raised my hand to be a part of the team and start my journey of beer making. I studied the methods of brewing from a craftsman from San Francisco for one year, where I sought for traditional, authentic flavors. Currently, as the brewmaster, I check the quality of our year round beers and test new batches of beer in our pilot brewery.

Specialty brewing yeasts are the heart of quality beer flavor, and so my skills as brewmaster are tested by how I manage to create an environment where the yeast can be active. Of course, we would love for craft beer fans to enjoy our beer, but we would also love for craft beer beginners to take this opportunity to take a step into the world of craft beer.

As a microbrewery, I plan on challenging myself further by continuing maintenance of our year round beers, creating new and original seasonal beers and re-creating historically classic beers. 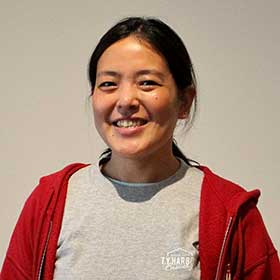 I met a lot of different kind of guests as a bartender, which was also where I learned about the charm of beer and why I decided to join the company. I am in charge of managing beer orders and delivery, managing inventory, brewing support and creating seasonal beers.

Unlike cocktails which you can make on the spot, it takes time to see any results in beer after preparation. You have to consider anything that could happen during the process that could change the flavor. It's not as simple as mixing ingredients together. Yeast is a living organism so even if you prep the same way, it is very difficult to create the same flavor. The fun, and most difficult, part is finding ways to create the flavor in your head. But the more I learn about the art of beer making, the more I realize the depth of it.

My goal is to keep on perfecting the flavors of our year round beers, while also creating new beers that will surprise the world. I hope to pique an interest in those who have never tasted beer before or those who aren't used to drinking beer, and provide an opportunity for them to take a sip. 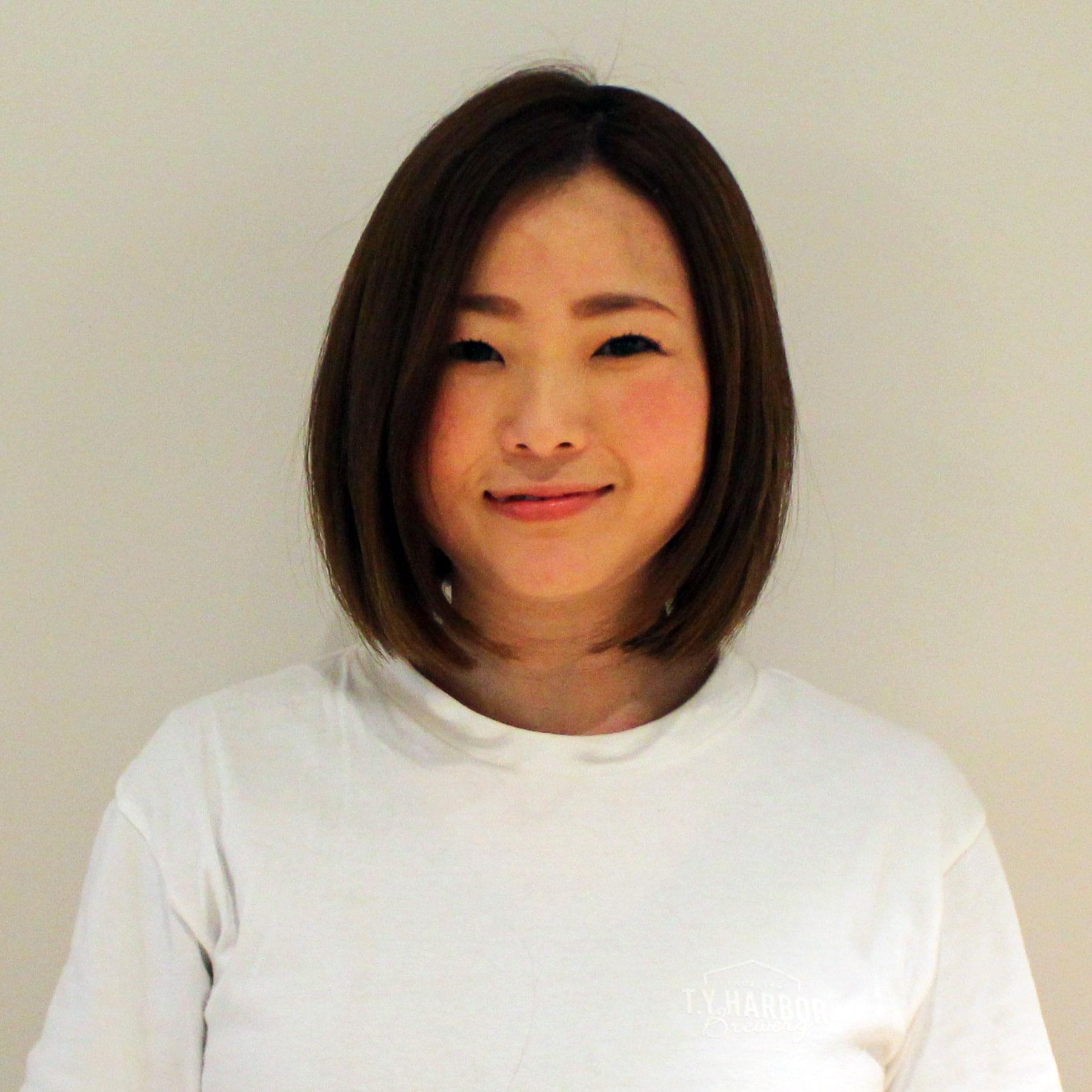 I can still recall the first time I went to a Craft Beer bar and the huge impact it had on my life. When I tasted craft beer for the first time it made me wonder if someday I will be able to make a beer this delicious. I couldn't stop thinking "How can I do it?" I started to work at a craft beer bar and it was during this time that I realized my life's true desire was to become a brewer. Working in this environment for 5 years enabled me to immerse myself in the craft beer world and I became captivated by the process of creating my own craft beer. One thing led to another and it was fate that brought me to work at T.Y.HARBOR.

The day I created my very first beer will forever live in my memory. I was so moved and overcome with emotion. I had to remind myself that brewing beer is a very laborious procedure. It's not just preparation of ingredients but the process of vigilantly watching and taking great care and then the beer is finally produced. Beer is a living thing !

Craft beer is such a pleasurable experience for the drinker . My dream as a brewer is to touch everyone from first time drinker to a connoisseur of craft beer. This reason alone fired up my passion to become a brewer. 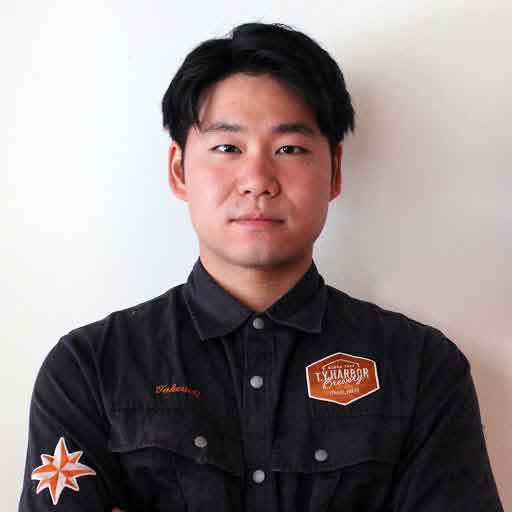 The reason why I chose this industry and profession dates all the way back to my high school days. My high school was surrounded by nature and unique in a way where it had many students with adventurous minds and skillsets. I was actually into woodwork and pottery back then which really sparked an interest for me in craftsmanship and the act of creating something from scratch. It allowed me to think seriously about my future and I started to consult with many people in regards to what and where I wanted to be from there.

One day on my home, I came across a store where silver tanks were lined up. I asked the owner what kind of store it was and he answered, “a place where you can enjoy live beer” He continued to explain the world of craft beer and it intrigued me to a point where I felt that I wanted to be a part of this industry and make beer myself. I moved on to trade school and majored in fermentation science and began my craft beer journey.

T.Y.HARBOR Brewery is the oldest brewery in Tokyo established in 1997. Therefore, I knew that this was the place to take in the most amount of knowledge and experience for the industry and applied as soon as I graduated in 2019. Most of our work is manual as not much is automated in our brewery. However, this motivates me and allows me to further dive into my work to have a deeper connection with the product I deal with.

As my craft beer journey continues, I hope to brew top quality beers with the knowledge I obtained through my trade school years and beers that bring out each ingredient to the fullest while still providing the awe factor to our customers. I truly believe that enjoying drinks and food in the same place as where it was made together with colleagues and friends is the best kind of memories and experiences. I wouldn’t ask for anything more. My wish is to be able to create such memories to our customers with my own original live beer. 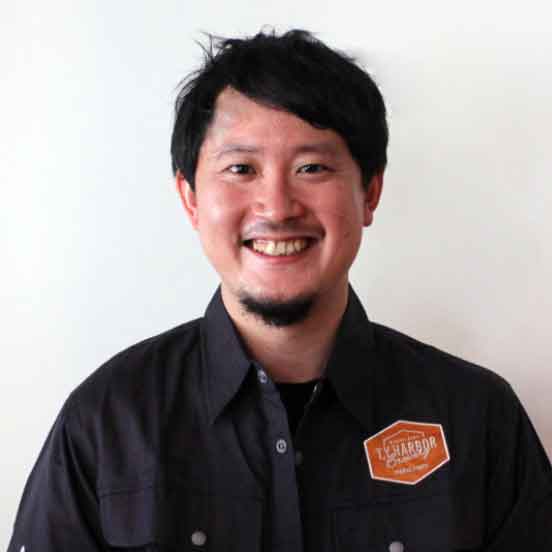 My initial interest in craft beer was linked to my travelling hobby. I love to experience local culture and communities whenever I travel and craft beer was one of those factors. I immediately fell into the craft beer culture and world due to how deep it was compared to the mainstream brands. I ended up working at a beer bar through my friend’s introduction where I met various people from the industry and obtained great amounts of knowledge as well. The craft beer culture was deeper than I had ever imagined and along the way, my feelings changed from a consumer to wanting to create that perfect glass myself.

It was around that same time where our brew master, Abe-san reached out to me and I decided to join TYSONS & COMPANY in 2020. There is so much to learn but I strongly hope to become a brewer one day to be able to brew my own beer. A beer that is simply great tasting and widely accepted by many. This craft beer journey will not end for me and it will be one of my goals to further expand the craft beer culture throughout Tokyo as a brewer.