An idea drawn from inspiration leading to a special creation.
A fun-filled craft beer bar. 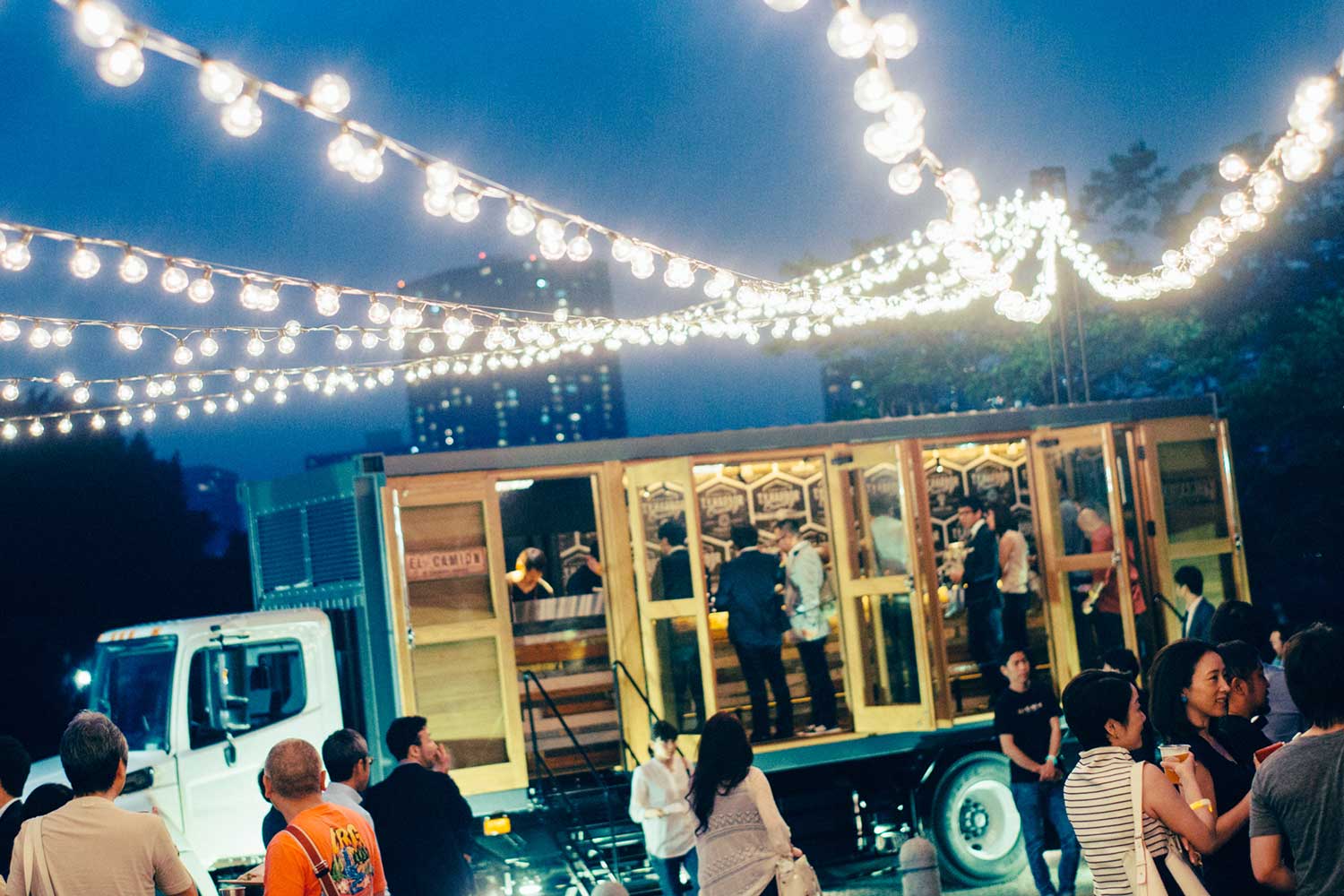 “We want a food truck.” This casual comment from our catering manager was the start of everything. For the catering team who always rented out trucks and equipment for various events, this was a natural idea. But because of stereotypes and preconceptions that obstructs creative ideas and inspiration, this concept was almost swept aside. “Wait, we should make THAT?” That was my initial reaction. I’ve seen many food trucks in the states and in Japan, and while there are some differences, it wasn’t something that really piqued my interest. Looking back, I think, “What a shame…”

That preconception I had about food trucks was one day shattered by a single picture a staff member showed me. It was a type of food truck I had never seen before, and the second I laid eyes on it, once again I had that Eureka moment! I was lost for words.

Once at this stage, everything else should be smooth sailing. (or at least that’s what I thought at the time.) The strength of Tysons & Company – Up until now each restaurant we created had a significant style where the products and the service all became one with the space. If I am going to make a food truck, it can’t be one of those where the staff looks down at you from inside and just hands you your food through a window. I need to bring the customers inside and let them feel and experience the beer and the food within this space I want to create. It’s really a restaurant that moves, and in a way no one has ever seen before, sure to surprise them all. All these crazy fun ideas came swarming into my brain.

First, I checked in with the domestic public health center, and there wasn’t even a term for the kind of food truck we were thinking of besides “dining car”, which proves that there has been no precedent. After that, I was even more motivated to make this project a success. I started looking for trucks, and knew I needed to get a bonnet type that sticks out in the front, opposed to the normal ones you see on the streets. I soon realized that it wasn’t going to be so easy. In the end, I went to a Japanese truck company and imported a truck they only made in North America, and had it customized to fit the laws of Japan. At first, I thought 6 months should do the trick, but there turned out to be a long road ahead. When we made Tokyo’s first waterfront lounge (River Lounge) there were several road bumps with the necessity to abide by building AND boat laws, but the rules with vehicles were a whole different story. There was a completely different set of walls to climb, delaying the plan significantly (even though the plan was just in my head). One year passed…and then a year and a half. After a long journey, our craft beer bar “EL CAMION” debuted in June 2016.

In making this new truck, the process shed new light on how to communicate with the world and our customers, and the way restaurants should be. The cost was twice as much as what I anticipated, but if I’m going to spend time and money on something, I would rather go full-out and make something that will really impress people and have an impact- this is something that I strongly felt after taking it out for a run in the streets of Tokyo.
But, all of this may not have happened…all because of some preconception. I personally felt the danger of relying on intuition, experience and stereotypes, which is a regret I have being a creator since the importance of thinking outside the box is something I truly value. So here it is… how EL CAMION came to be. Next time you see it running on the streets, I hope you will be inspired, just like me!